collaboration. partnership. creativity. attention. initiative. accuracy. speed. and more than a few laughs along the way.

Just who are we, anyway?

let’s put faces with names. this is the emmy-award-winning team who make it happen. 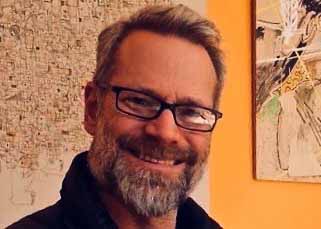 Jac is rock climbing. Sometimes he’s surfing. Often he is playing wing-back in soccer. In his workday, he’s doing all three: strategizing the next set of moves for blackwalnut, riding the waves of project demands and timetables, bringing the ball up to the blackwalnut team to find the best opportunity for success. His day never boring, Jac is responsible for strategic planning and client development, and for seeing around corners, over walls, and steps ahead-and to plan accordingly. He brings twenty years of experience to bw-which means he’s learned a lot of lessons the hard way (those are the lessons that stick). The best work he’s done at blackwalnut has been to assemble a team of talented, smart people who can work, build-and think-their way through every possible challenge. He strives to be a strong collaborator-with designers (he’s a self-confessed design snob), clients (he speaks bottom-line), and co-workers, and to help bring projects to spectacular completion. When he’s not in the shop or camped out on site at an installation, Jac can be found at home with his family, failing to master the guitar and Ashtanga yoga, or at the gym, failing to master Crossfit. 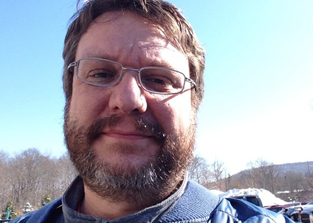 Mike Van Dusen has always loved puzzles and music. As head of production he gets to utilize both passions. He sets the tempo for all aspects of Production and works as conductor to keep all departments working in concert while helping solve all the challenges of complex builds on short time tables. Mike is one of the two founding partners of blackwalnut. 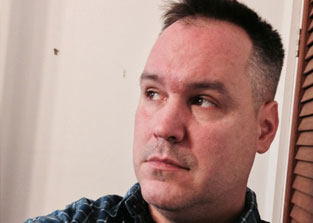 It’s a rare personality that can appreciate the intricacies of contemporary design and translate that into dollars and cents on a spreadsheet.  Frank’s dual-title mindset has been in place since college –he graduated from SUNY Buffalo with a BA in theatre and political science.  Landing in New York, he took a 5-year detour by way of project managing Engagement Economics at Ernst & Young, learning the ins & outs of how to fiscally manage restructuring projects for a Fortune 500 client list. Deciding he could marry his theatrical background with his business experience, he joined blackwalnut and within 2 years was leading the project management & installation team. He now focuses on scoping engagements, working closely with designers & clients to keep budgets on-target, and supervising the project managers and site supervisors that bring the final product to fulfillment on-site. 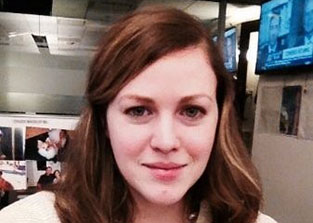 Christin joined blackwalnut in 2016 and has managed projects large and small, domestic and international. After graduating from UCONN Christin started her career interning at the Colbert Report on Comedy Central and went on to freelance in television production on shows such as The Late Show with David Letterman, Celebrity Apprentice and various other shows and live events. She then spent 6 years at MSNBC and NBC News managing creative production projects including studio builds, show and graphic launches and election coverage. During her time at NBC she won two Emmys and a BDA award for her election and studio work. Her understanding of production and client needs brings valuable insight to the blackwalnut team. 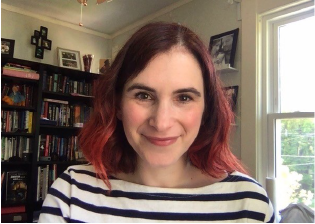 Annie comes to blackwalnut from a long career working in professional theatre. After working for years around the country and on tour, she landed in New Jersey a few years ago and found her way to the blackwalnut family. At blackwalnut she has been learning the world of custom fabrication and thriving with the new challenges it brings.  Annie lives in NJ with her husband David and her daughter Harlowe. 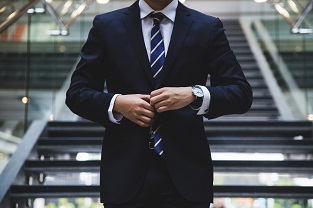 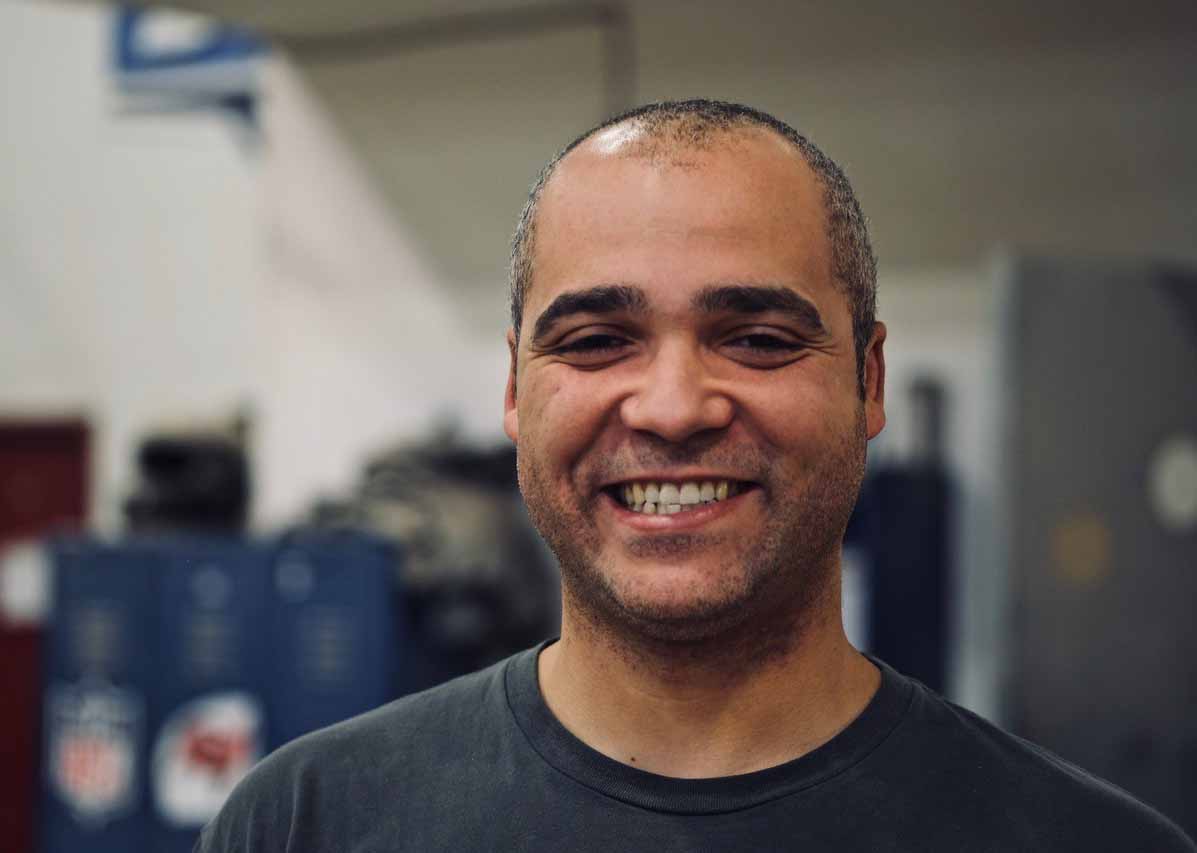 As BW’s head on-site installer, Phil has overseen many major projects including the Olympics in both Brazil and South Korea, the World Cup in Moscow as well as the Kentucky Derby and The Breeders Cup in 2018 and 2019. Phil also oversees the installation of regional sports studios for NBC.

When not on the road, Phil enjoys spending time with his wife Renee, son Alex, (and there’s another baby boy on the way!) and he enjoys watching the NY Giants and the NY Yankees. 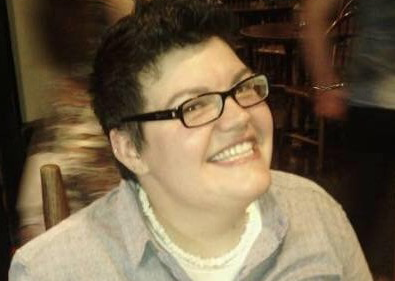 Stephanie started as over-hire for blackwalnut after graduating with a BFA from Purchase College’s Design Technology Conservatory with a concentration in Scenic Design. The last time she received a call for over-hire work at BW was also the last time she set foot outside these doors. Steph has taken blackwalnut by storm and raised the Production Department to new heights. She continually finds ways to make BW better at every opportunity. She’s made a wonderful home here and is continuously striving to perfect our craft 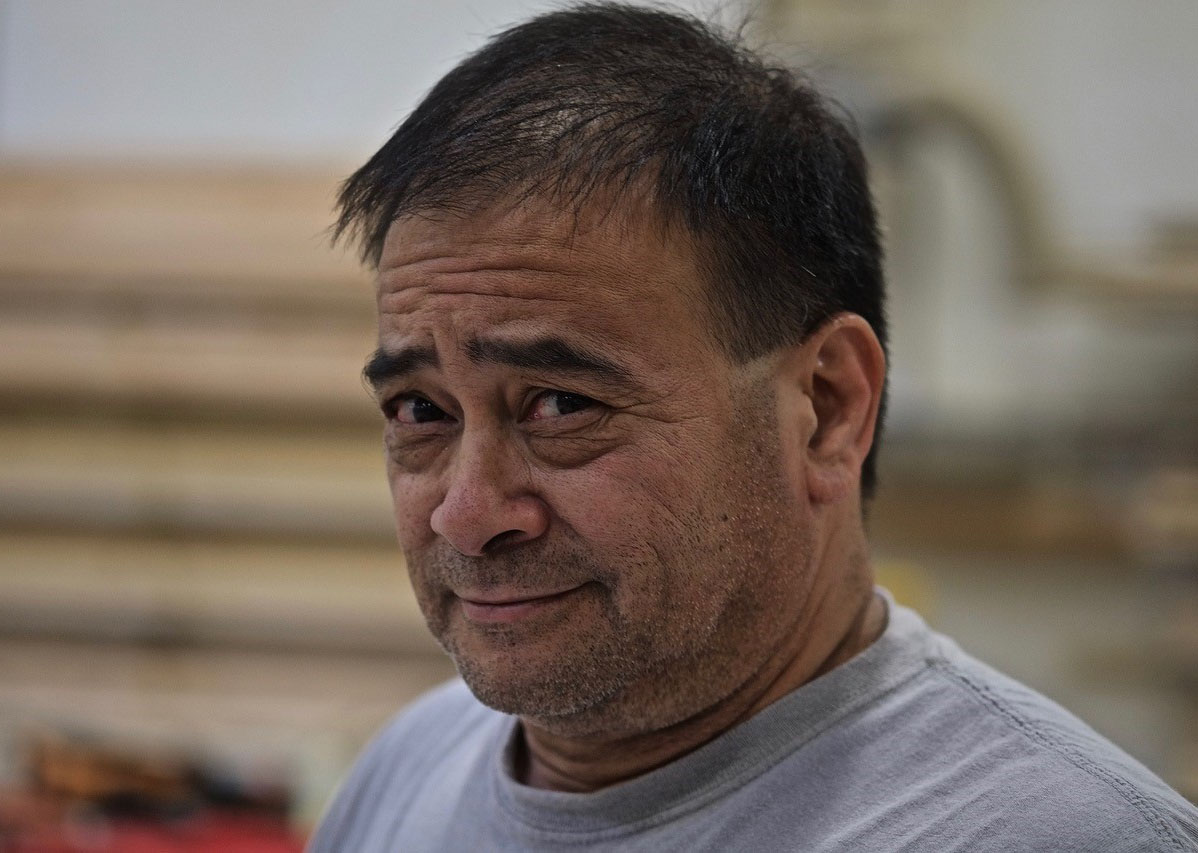 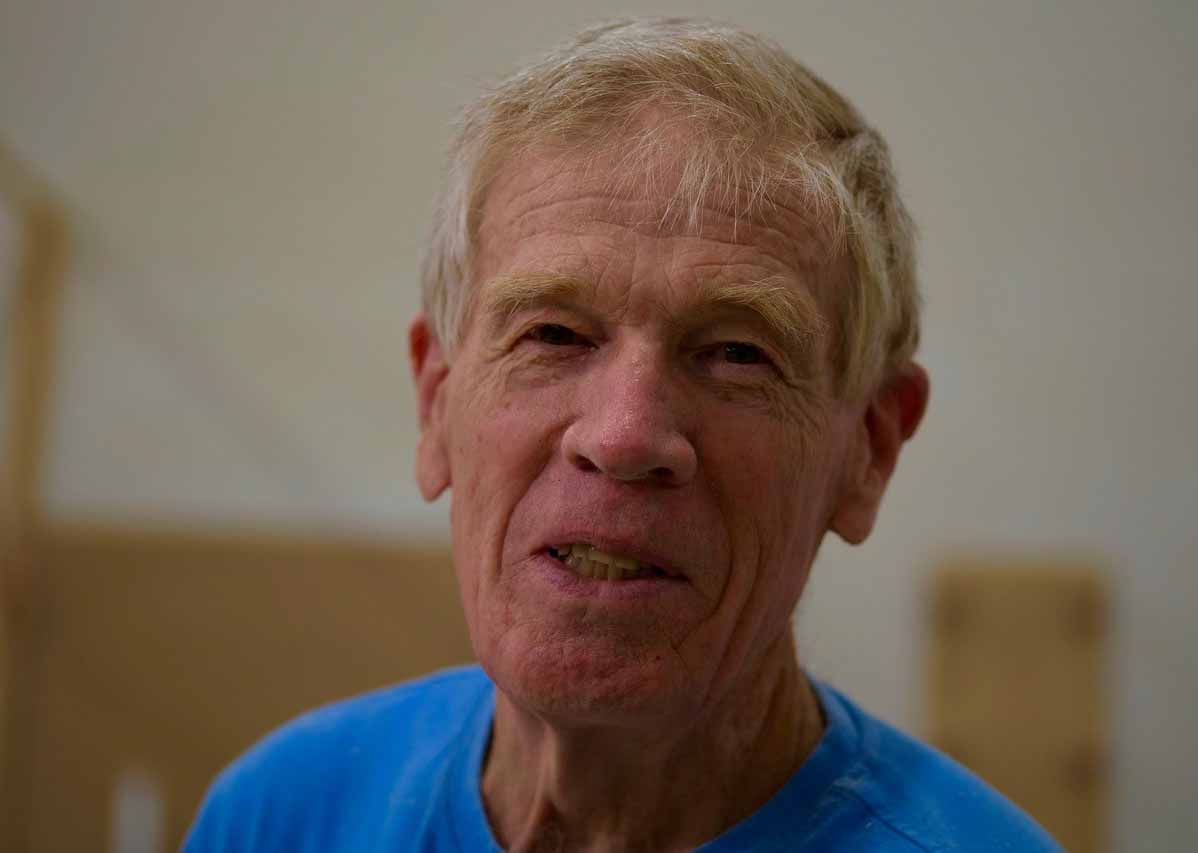 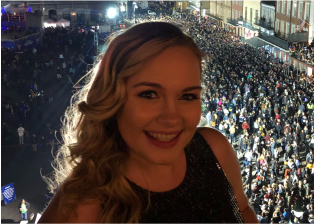 In 2016, Kellie joined the blackwalnut family as a receptionist. Since then, she has taken on Office Manager responsibilities and now, she also manages purchasing the materials and all the shop’s trucking needs. When she isn’t purchasing or radioing the truck driver, she enjoys traveling, hiking and relaxing with husband and their dog Cayman (their rescue dog from the Cayman Islands). 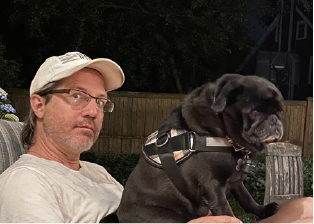 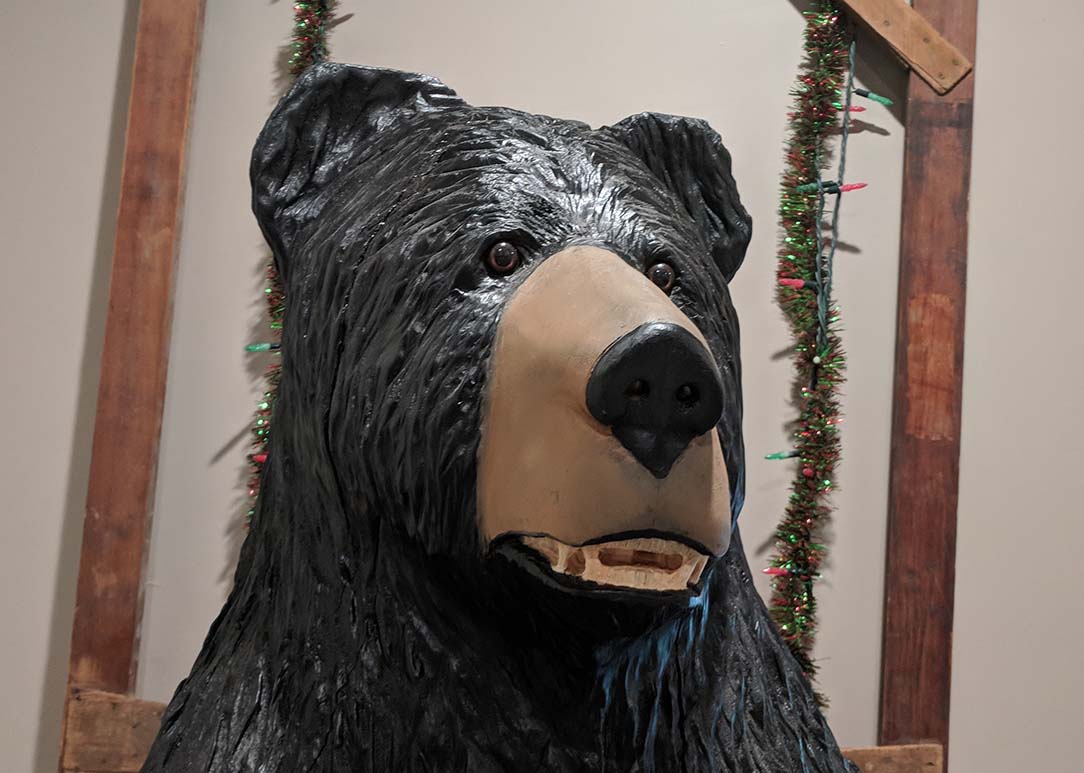 Originally from just up the road on Bear Mountain, Beary showed up at the shop one day and never left.  He can be found hanging around the office looking for food, and any unwanted guests. 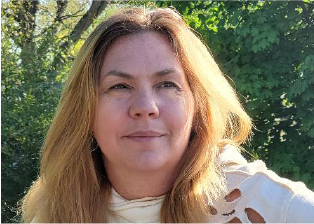 Born and raised just a few miles from blackwalnut’s headquarters, Andrea Faherty brings an extensive record of achievement in financial, business, and project management to the team. After earning a degree in Business Administration from Berkeley College, Andrea took a job with a multi-million dollar technology reseller, where several quick promotions found her managing financial services, accounting, and human resources. After that, she moved on to a position coordinating global logistics projects, collections, and client relations at an international trading company. Her most recent role before joining Black Walnut was overseeing all financial, training, scheduling, accounting, IT, and capital projects for a union hall. When she’s not deep diving into accounting records or finding innovative ways to lower costs and improve efficiency, she relaxes by taking long walks with her dog, beating her husband at Scrabble, and escaping to the country for the day. 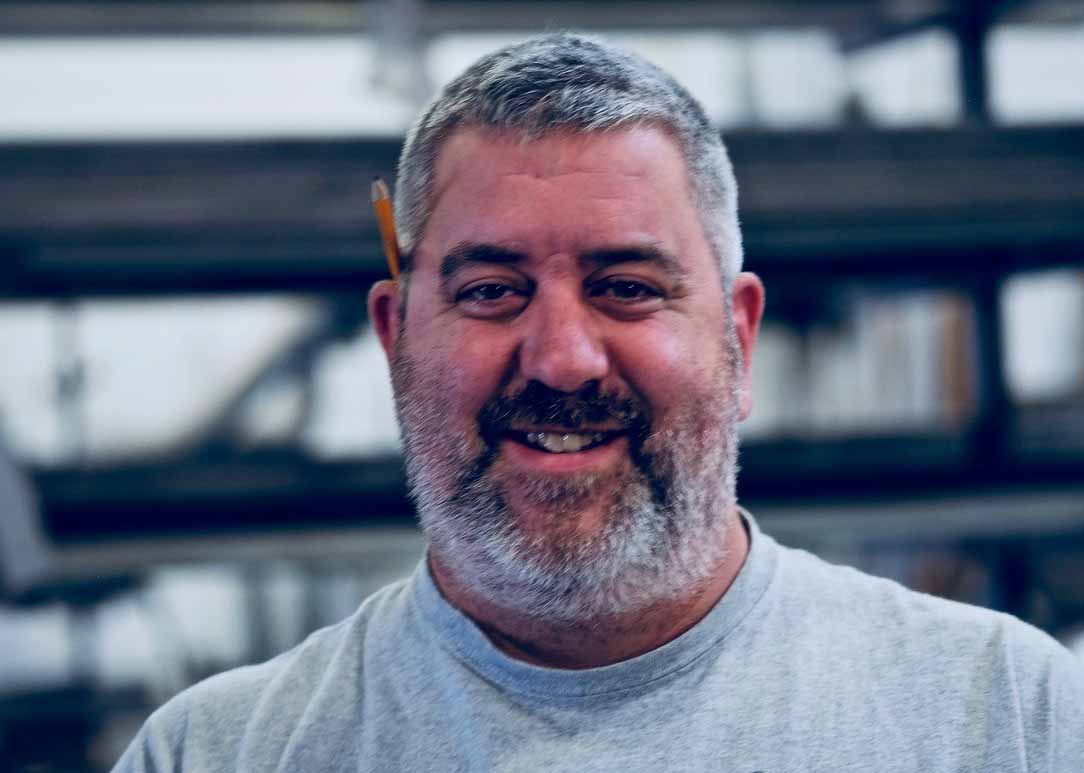 Frank McCloskey grew up in Ridgefield, New Jersey. More than 20 years ago (and right out of High School) he went to work in the scenery fabricating business-and he’s been hard at it ever since. Frank has worked in virtually every department there is at a scenic shop: starting in the warehouse, Frank has worked through carpentry, finish, installations, and even bailed in with the painters before finding himself in the metal shop and settling down at home.

In 2003, at the very beginning, he joined blackwalnut as Metal Shop Foreman-developing blackwalnut’s metal shop from zero to sixty and right into fabrication of the NFL Draft. He has fabricated everything from small step units to 40,000lb. structural steel, fully enclosed and operational outdoor studios. In addition to his formidable skills with a welding gun, Frank has also been called upon to operate blackwalnut’s CNC router. He has working knowledge of AutoCAD software-which comes in handy when handing out fully-fleshed-out work assignments to his team. Frank holds a welding certificate from HoHoKus School of Trade and has prepared other people for certification as well. One of the recent gigs that he is most proud of is NBC’s coverage of the 2014 Winter Olympics, in Sochi, Russia.

At home Frank has an unbelievable wife and two children. Even though he works what has been described as ‘insane hours’ he makes time for volunteering every spring with his baseball team for children with special needs ages 8 to 23.

Frank is an extraordinary individual-his fantastic work ethic and intense devotion to his family is truly inspiring.

“A child with Autism is not ignoring you they are simply waiting for you to enter their world.” 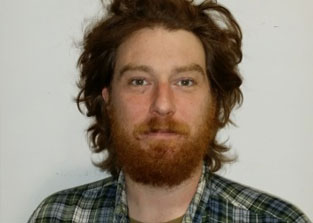 With blackwalnut since the beginning in 2003, Justin has spent much of his time trying to be invisible. Offering more than 15 years of experience in traditional scenery techniques and a range of associated skills from cabinet making to modern, acrylic fabrication, Justin provides a foundation upon which a wide spectrum of visually stunning projects may succeed.  Continually striving to realize the visions of design partners; to blur the line between what many believe is and is not possible, Justin enjoys the opportunity to exploit his technical repertoire in invisible service to the aesthetic success of new projects. 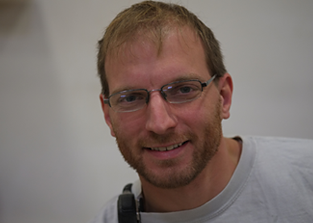 Growing up as a child, Renato always worked side by side with his father and that was the beginning of his passion of carpentry. Wanting to earn a
college degree, but unsure of what to major in, Renato met with his guidance counselor who asked him what he liked to do. Renato’s answer was simple, “I like to work with my hands.” After hearing this, his guidance counselor suggested Renato check out the Theatre major and the rest is history! Renato fell in love with the field, majoring in Theatre Tech and Design. He graduated from Montclair University in May of 2005 and immediately began working for Black Walnut. Renato is now the Production Manager here and he truly enjoys his position. When he is not working, you can find him bonding with his family. He is a true family man! He also enjoys gardening with his daughters, hiking with his wife and dogs and playing ice hockey.